After talking to various guys in the hot rod scene about ways people were attempting to customize their dashboards , I decided to come up with a solution using both my prototype tooling and manufacturing skills to this problem.

Here’s the problem: in both the 1929 and 1932 Ford roadsters some guys wanted to install an Auburn instrument panel and gauges.  To achieve this install the original dashboard needed to be cut end to end, and material added in between to accommodate the size of the instrument panel. A lot of work, and worse still, having to cut up an original or perfectly good dash.

So I decided to design a custom dashboard to house the Auburn instrument panel, but keeping the characteristics and lines of the original.  The newly designed panel will fit exactly as the original does in the 1939 Ford.  My idea was to produce several of these dashboards and offer them to fellow hot rodders.  To carry out this panel build, I decided to build a hammer form jig to aid the manufacturing process. 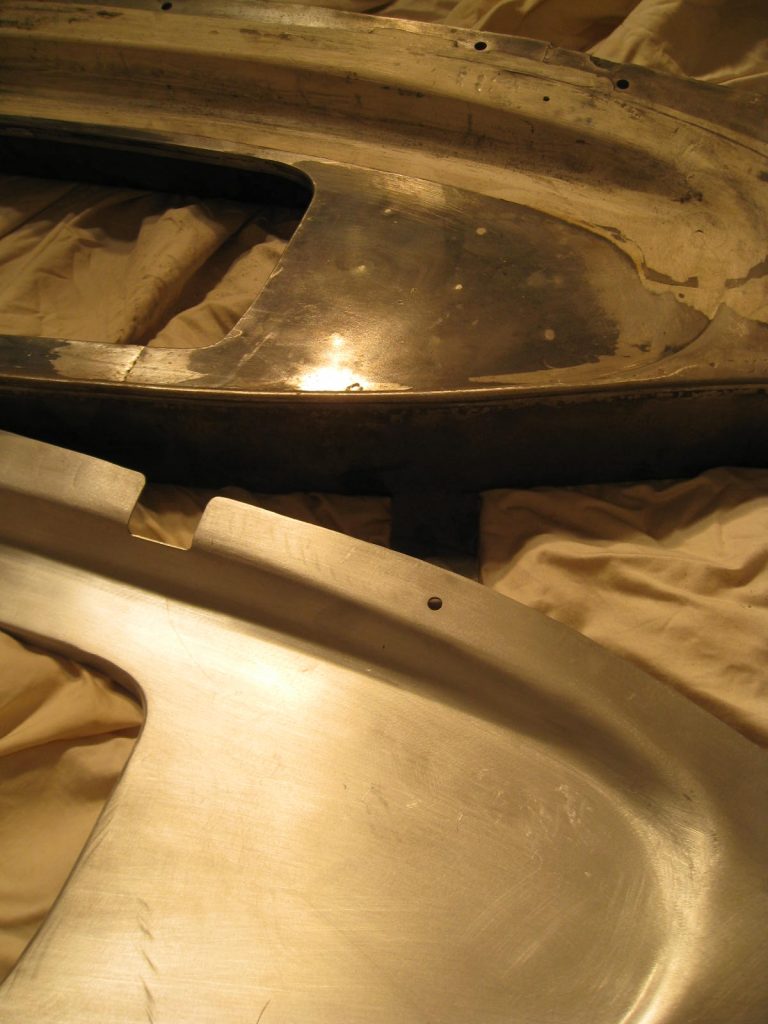 This is part one of a series of posts on the making of a custom alumium dashboard to fit into any 1929 Ford Roadster. Click here for part two on the jig and fixtures, and part three on the installation.

Shop hours: Mon-Fri 8am to 3pm

Stay in touch with monthly emails direct to your inbox. You can be removed from the list anytime.